David Nourse first came to Naples with his family on a vacation in the mid 1960’s. His father, who was stationed in Naples as a Naval Flyer in World War II, had always loved the area and purchased his families first condominium on Gulf Shore Boulevard in 1967. David's family still vacations at their beach front condominium that was acquired in 1972.

Having been brought up in the Columbus Ohio area, David knew that he would eventually be a Florida resident. After graduating from the Columbus Academy in the late 1970’s, he went to Florida Southern College where he earned a degree in Business Management with a minor in Communications. These proved to be very valuable tools as he entered his professional career. After college, David joined the family automotive business for nearly 20 years. In the early 2000’s, the public traded companies drove up the value of the car dealerships across the country and the family decided it was time to downsize. This proved to be the perfect scenario for David to leave the automotive business and start his career in Real Estate.

David found quickly that the two industries were very similar and instead of selling families their second most expensive purchases of their lives, he moved into the single most expensive. The skill sets of knowing how to read people, listening, understanding the financial side of the equation, to being about to control multiple closing situations with precision, made the move to Real Estate a flawless transition.

After a brief stent as a Realtor in Ohio, David made the move to the Naples market in 2006. As with any type of sales, all decisions on how to grow his business have been looked at as to their long term growth potential. David has been able to increase his market share year after year. In the first half of 2014, David was able to top the $10,000,000 mark in sales for the first time in a single year. He appreciates his customers and understands that they are ultimately responsible for his success.

Doing what is right for his customers has always been paramount. With over 10 years in the industry and learning every day, David knows that not always having the quick answer, but knowing how to find the correct information requested, serves his customers well. “I do my best to listen to what my clients needs are. If I am working with a buyer, I read their body language and how they react to different types of homes. Finding out what is important to them and what will work best for their families in the foreseeable future and beyond. With sellers, I work to maximize the sale of their home to their advantage in a straight forward businesslike approach. I will gather all the pertinent information in order to help the sellers make an educated decision. Working one-on-one with their buyers or their buyers’ Realtor, it is all about communication.” 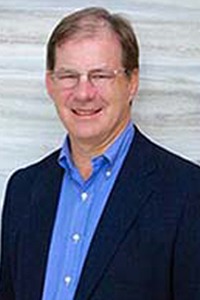